It feels unreal, but on 29 March, the execution of the Oostlijn renovation has finally begun. And the transfer of the client to the contractor of the first station – Holendrecht – took place.

Just seven years ago, in 2009, together with Fabrique we made plans for the submission of the European tender for the design of the renovation of 5 underground and 11 underground stations. At the time still commissioned by DIVV. Later this Service Metro, under the flag of the North-South line organization later became Metro and Tram.

In this course we have met a lot of people in all those years. Of course, the design team’s team, including the installation-construction-lighting and graphic advisor. But now also the people of the contractor, the installer and all subcontractors. And not least the city of Amsterdam as a client.

GROUP A has been working on the implementation of drawings for over half a year under the flag of Hegeman + the stations one by one at a rapid pace. This happens in our satellite office at the Entrada in Amsterdam, where we work with the contractor and installer office.

You can follow the planning of the implementation at wijnemenjemee.nl 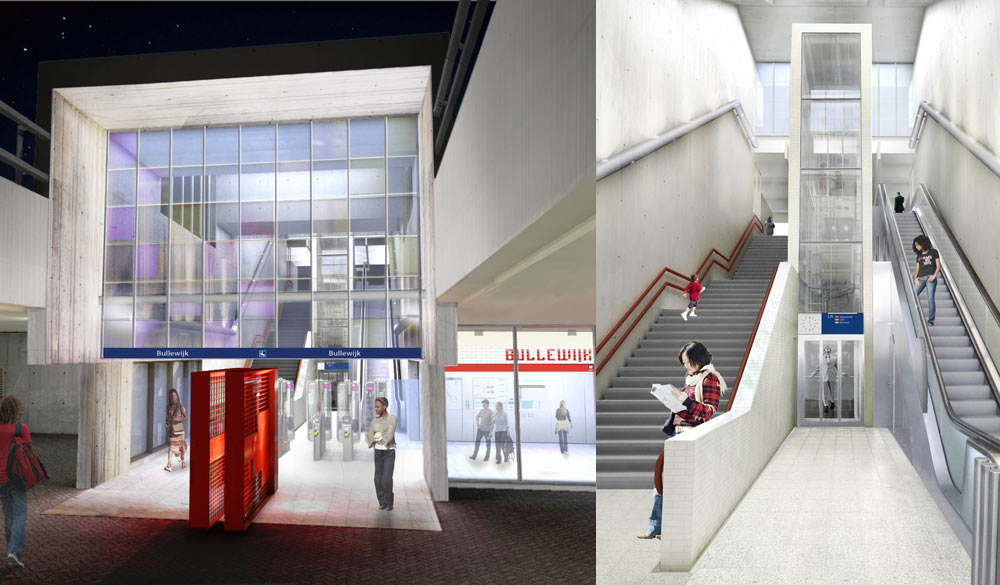