From 14 -27 September, the 2014 edition of Towards2050: Developing a Sino-Dutch Approach for Sustainable Urbanisation took place in Beijing. The program consists of workshops and seminars in which Chinese and Dutch designers and experts participated; Adam Visser of GROUP A was one of the Dutch participants.

Towards2050: Developing a Sino-Dutch Approach for Sustainable Urbanisation is a multi-annual programme. initiated in July 2013 by the Creative Industry Fund NL. The goal of the initiative is to explore how the Dutch integrated planning approach can be adapted and implemented within the context of the rapid urbanisation of Chinese metropolitan regions. To this end, the programme organizes Sino-Dutch design projects, research, workweeks, seminars and exchanges. The first workweek took place in September 2013. The aim was to create a platform for an exchange of ideas between Dutch and Chinese professionals in the field of urban development.

This year theme is Transit-Oriented Development (TOD). Unique in the programme of 2014 is the close collaboration between designers and financial specialists. The collaboration is partly motivated by the wish of the Chinese government to look for new business models while improving the quality of life for its citizens. The Dutch urban agglomerations and their interconnections constitute an interesting practice for China.

The assignment for the TOD workweek was to research by design for the future development at Qinghe Station Beijing and its surroundig area  (including exploration of relevant aspects of ChangPing Station and Badaling Station development).

For the programme and information about the Dutch participants click here 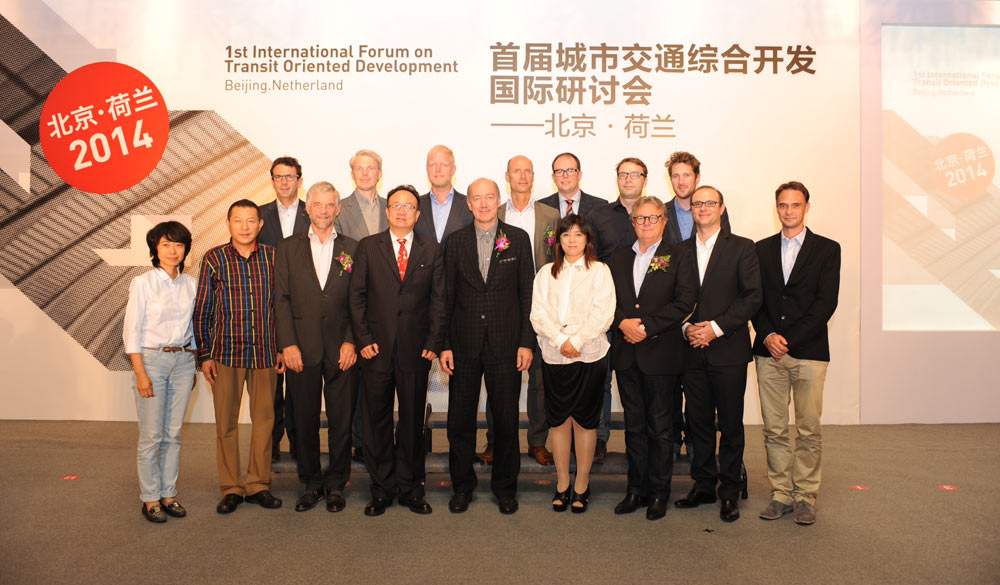