The Aramco Overseas Company head office has recently moved into their new accommodation in The Hague. The new office, housed in an existing building from the eighties, needed to be fully refurbished. Following a selection in March 2009, GROUP A was chosen to carry out this refurbishment.

For AOC, a fast design and building process was of due importance. After a short and intensive design phase, GROUP A, together with Verwol Projectafbouw, started with the actual refurbishing of the new AOC office. Owing to the intensive cooperation of the architect en the interior builder, it was possible to complete the refurbishment in just twelve weeks. This meant that AOC could move into their new office in August, as planned.

The design challenge the team stood for was to strengthen the rather unobtrusive character of the existing building by means of a new interior. GROUP A resolved this by designing an interior that uses the more noticeable aspects of the existing building as a guiding principle, while reflecting AOCs identity. This identity is based on the cultural background of AOC, which is part of the Saudi-Arabian oil company Saudi Aramco. The interior subtly refers to this background by using patterns, colors and materials that are typical for Middle-Eastern architecture, in an abstract, contemporary manner. The building comprises two wings of five office floors each, situated around a central atrium. GROUP As design strengthens the atriums function as the heart of the building, and is based on the rationality of the existing building. It is fitted out with large cubic elements which serve as lighting elements, and make the atrium glow with light. The atrium walls are partially covered with mirroring glass, which leads to an unexpected play of connections between the different floors. A meandering reception desk serves as a connecting element between the atriums different functions and areas, and as a guiding element for visitors. The concept for the offices on the upper floors is based on a combination between a classical cellular office and a more informal open office layout. By inserting a continuous wooden element over the full length of each floor, visual coherence is ensured. This element at the same time serves as an entrance to the cellular offices, and comprises cabinets, wardrobes and seating units. The other divisions are mainly made up by glass screens, covered with an abstract, semi-transparent print. Glass and wood, open and closed are deployed in such a way that there is maximum use of daylight. The original concrete walls, which are visible at a number of places throughout the building, are covered in textiled panels, like large paintings. Shared functions, like the break-out which is located on every individual floor, are situated along the atrium. On the ground floor, the office wings house a number of special facilities, among which a restaurant, an exhibition area and a prayer room.

Verwol became involved in the project at the start of the refurbishment. The interior builders were responsible for building and supervising the entire project, taking responsibility for a large number of special features. The company has, amongst others, built the reception desk, the restaurant buffets, pantries and benches, as well as the multifunctional spatial elements that serve as dividing elements on the office floors, which are finished in oak veneer.

The cooperation between AOC, GROUP A and Verwol was very successful, making it possible to create an exceptional project in an exceptionally short period of time. 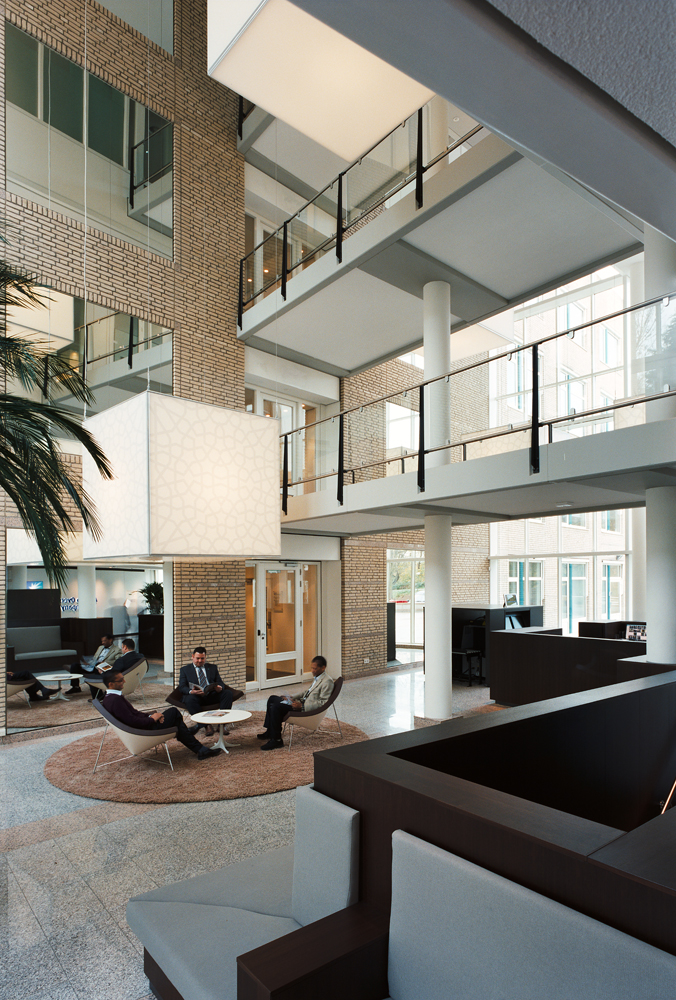 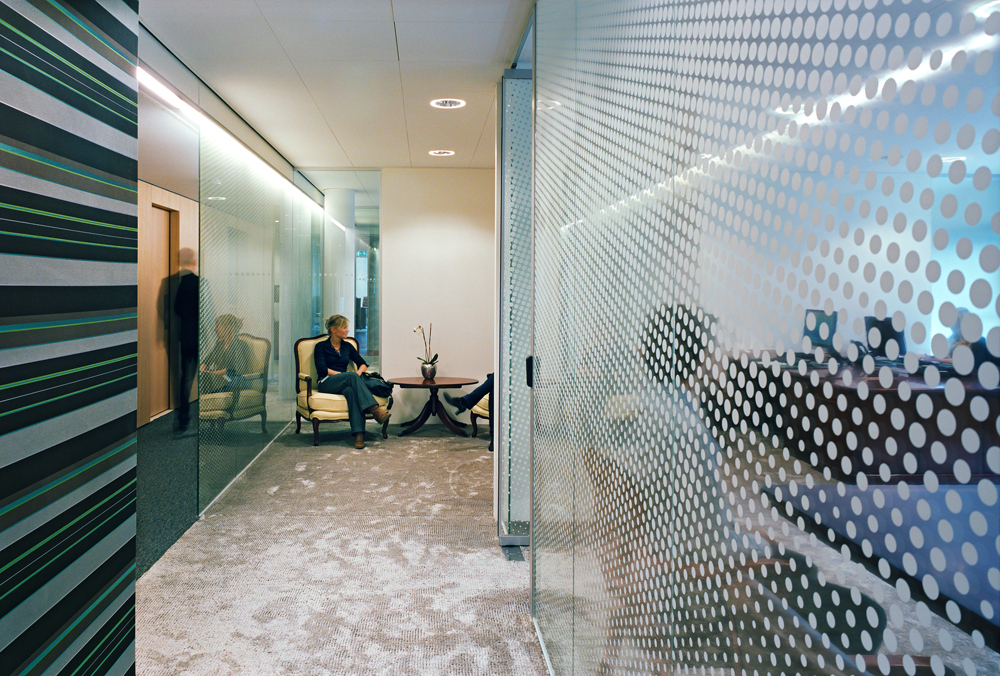 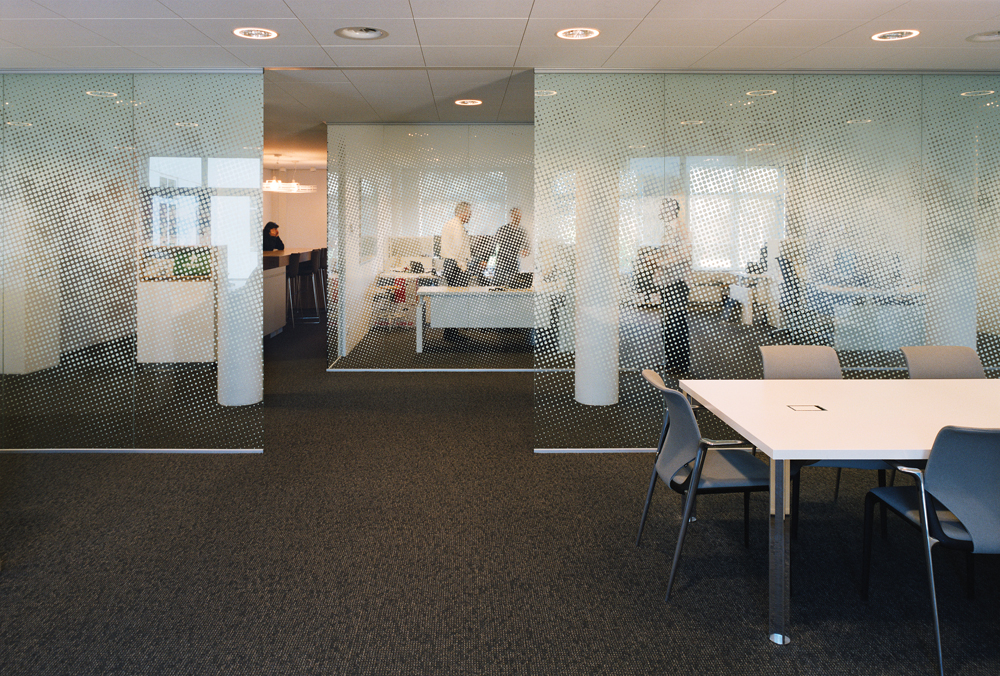 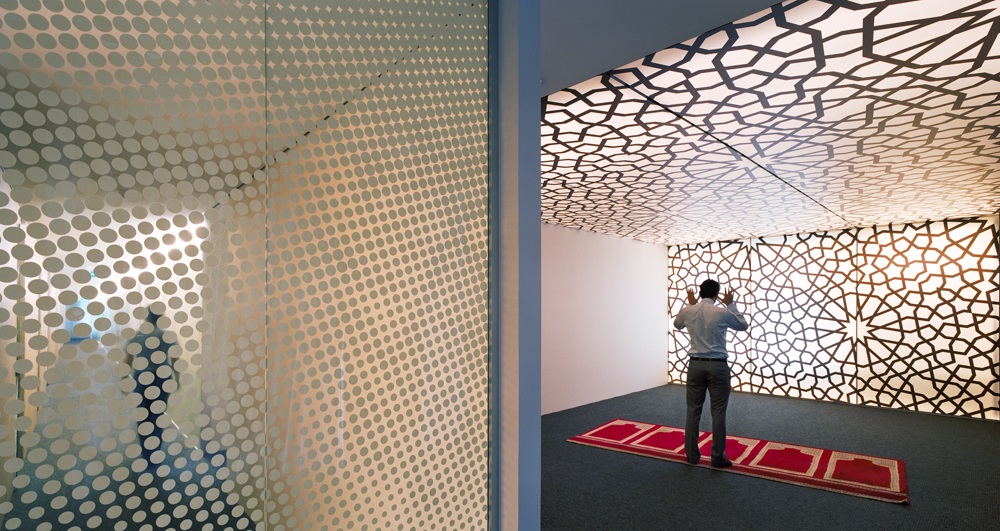 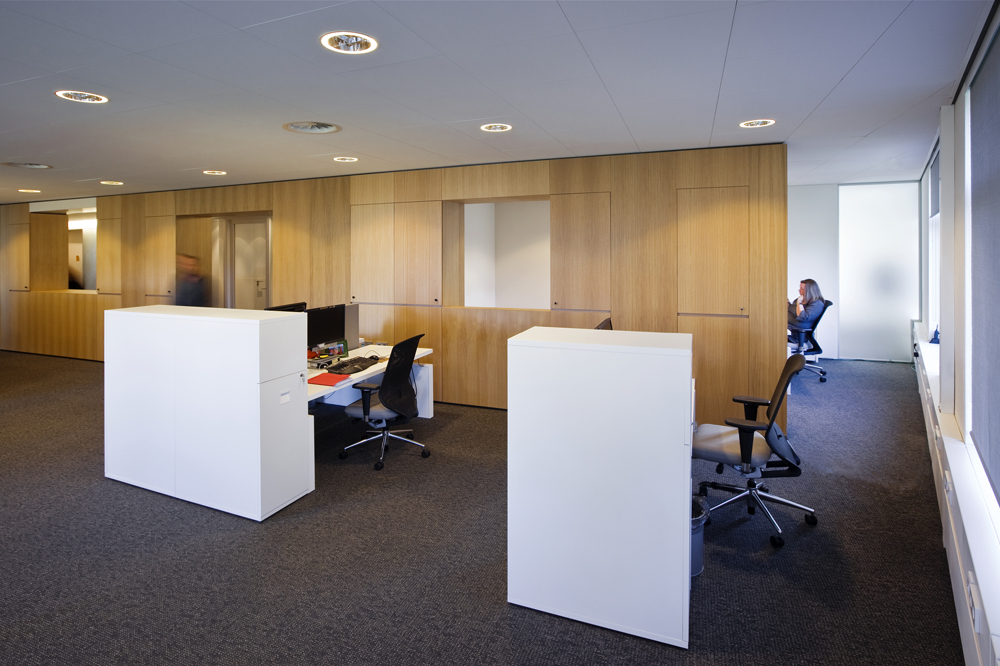 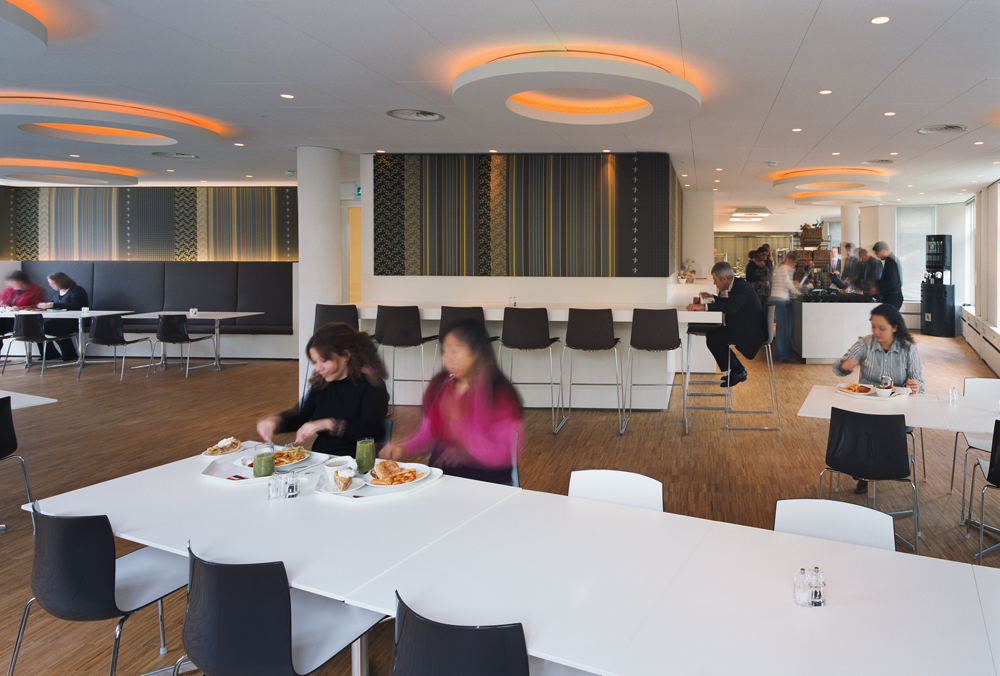 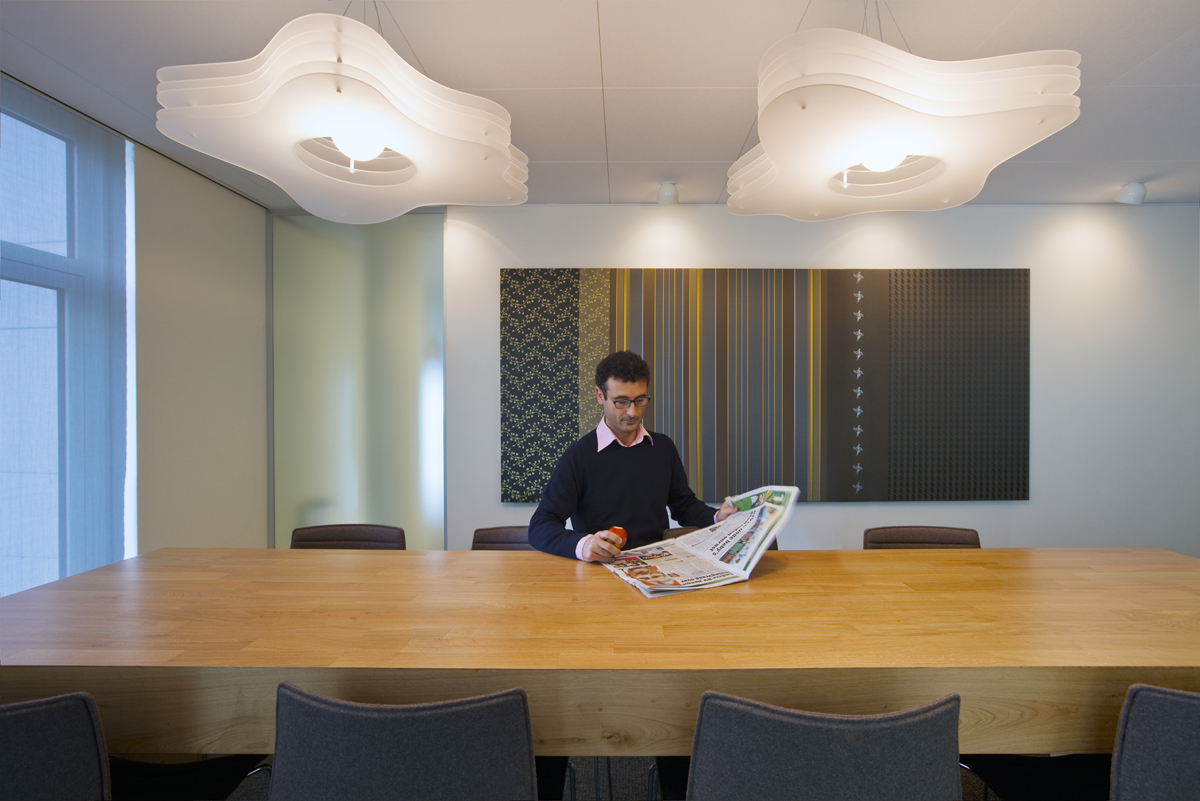 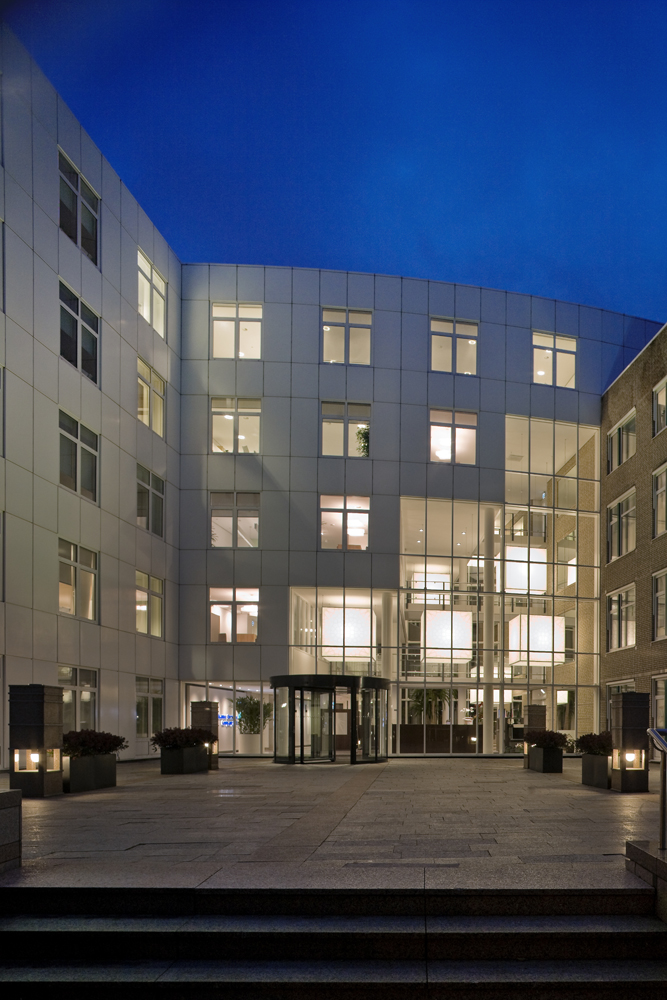 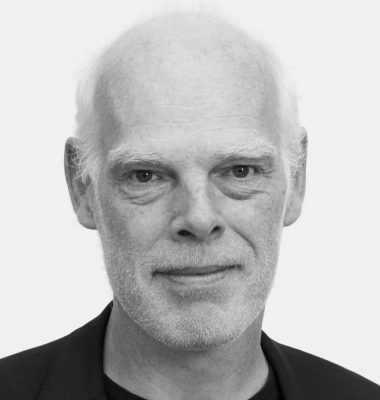 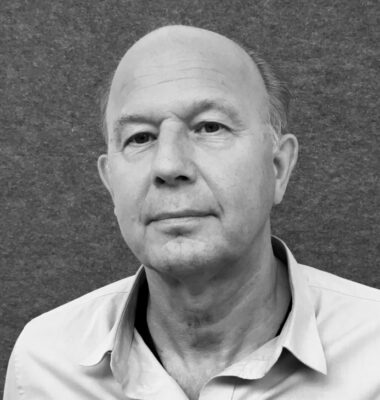 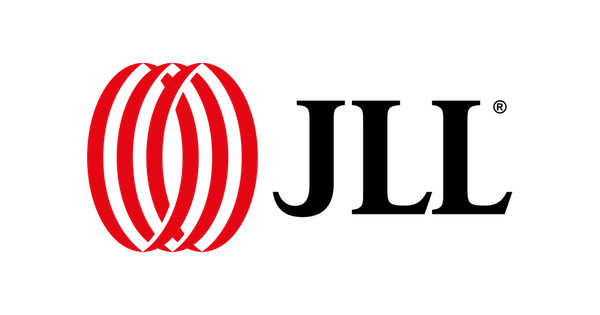 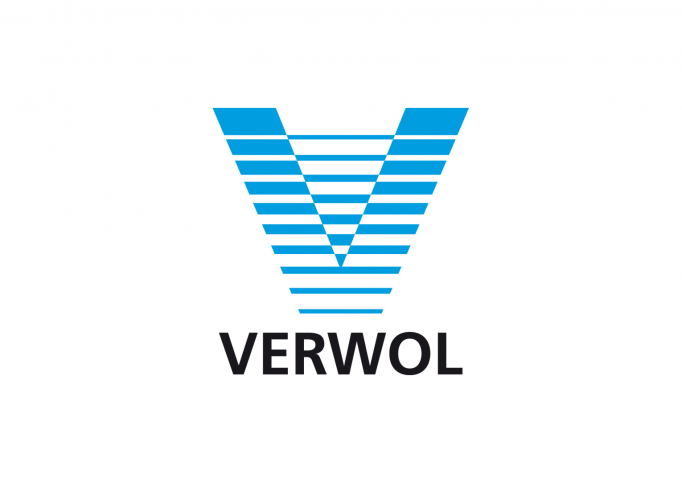